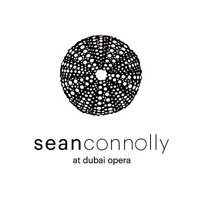 Sean Conolly at The Dubai Opera - The Garden Brunch

Brunch Reviews | In Unspecified on February 15th, 2018
500+ AED
Unspecified
Continuing with our discovery of brunches at some pretty grandiose locations (following the polo, the F1 and a revolving restaurant) we find ourselves exploring a garden, hidden away on the rooftop of the Dubai Opera.

Sean Connolly at Dubai Opera is the British born chef's first restaurant in the Middle East and the flagship restaurant of the venue. We hadn't heard much about Sean before, although with restaurant's in Aucklund, Adelaide, Sydney and Byron Bay, as well as 5 TV shows that currently air in over 35 countries, he is one of Australia and New Zealand's most respected and instantly recognised chefs. It seems it is us Brits that require some educating on one of our own.

Exiting the glass lift, we opened out onto a large, contemporary brasserie that was a buzz with pre-matinee performance theatre goers. We negotiated our way through the indoor seating and out to the beautifully designed garden space and the view of the Burj through the pearl shaped hole in the roof. An nod to Sean's signature oyster ingredient which is both unique and mesmerising. Our sore necks will attest to this!

The brunch menu itself is separated into starters which arrive in 2 waves to share, followed by a choice of 6 main dishes and another choice from 3 desserts. The option to "pimp your brunch" is also available with the addition of Caviar to the menu.

Before the first wave of starters arrived, we were invited to visit the oyster bar as many times as we desired to select from 4 different varieties on ice. The Argent and La Kermancy, both from France, the Loch Fyne from Scotland and the local option from Dibba Bay, Fujairah. 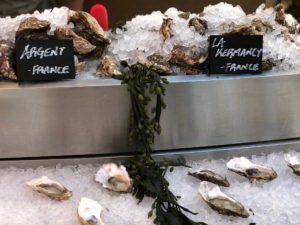 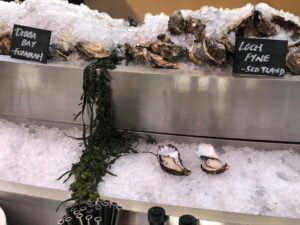 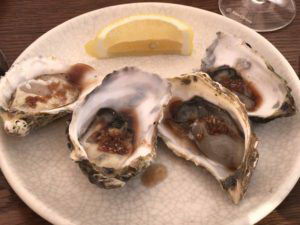 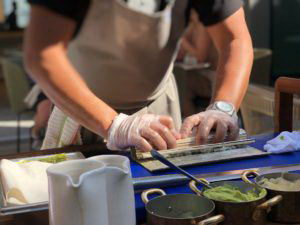 There is just something deliciously decadent about sipping champagne and slurping down freshly shucked oysters at the opera.

Onto the starters, and the green pea guacamole in gem lettuce boats, sashimi fish salad with chilli mayo and the prawn ponzu with radish and wasabi arrived first, followed by 2 salads. The first, a bowl with watermelon, strawberry, tomato, feta, chilli and torn mint, and the second made from grilled white peaches, buffalo mozzarella, and pistachio pesto. 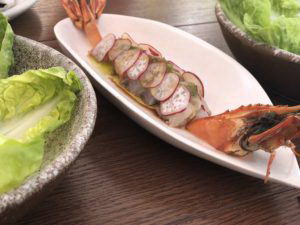 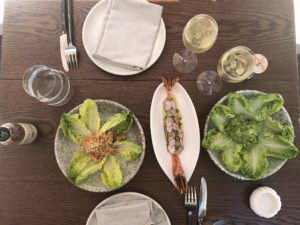 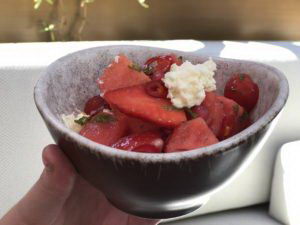 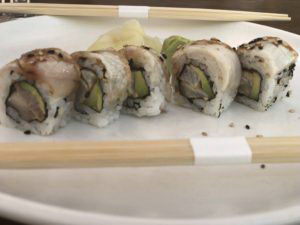 The Sashimi fish was the standout dish of the course with it's light, fresh flavours and just a hint of spice, while the green pea guacamole was also light and refreshing. We are glad that it didn't come with tortilla chips as it would have changed the entire complexion of the dish.

The prawn ponzu for us, was our least favourite dish, even though it was the prettiest aesthetically. We personally don't believe in eating raw prawns, Is that even a thing? The texture in our mouths was all wrong although the wasabi was the only redeeming element. The dish, in our opinion would be escalated to an entirely new level if it was cooked, maybe grilled?

Moving onto out choice of mains, our table went for the King Crab chili linguine, the Orgy of Mushrooms with buffalo ricotta gnocchi, the Rangers Valley Rib Eye (300g) and the Saltbush Lamb cutlets. All are served with sharing sides of delicious duck fat chips, grandma's carrots (the thick cut, slightly mushy kind) and a garden salad with verjuice dressing. With the super powers of meat and seafood on display, the surprise of the day was definitely the mushroom dish. Sush bold, dynamic yet well rounded flavours that were certainly robust enough to hold their own in such esteemed meaty company. 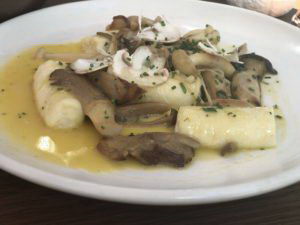 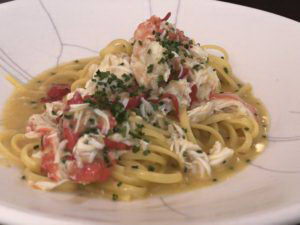 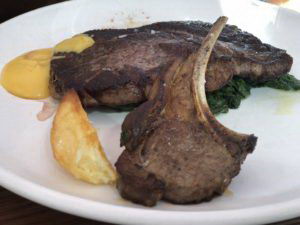 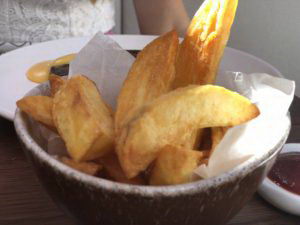 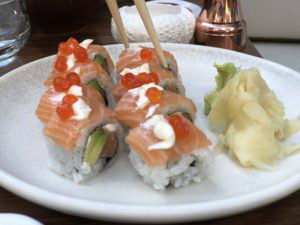 Desserts are a choice of a delicious Lemon Tarte a la Marco that was silky smooth, sweet and just a little bit sour, a Raspberry Zuppa Inglese (English Trifle) and an Opera Cake…well, just because.

Servers were bright, attentive and knowledgeable, with a variety of high quality wines available to pair with individual dishes rather than the usual "one size fits all" house varieties on offer at most brunches. The list includes the Kapuka Sauvignon Blanc (New Zealand), Wolf Blass Cabernet Merlot (Australia) and the Chateau Robine Provence Rose (France) along with a cocktail list of tom yum collins, flamingo milk, margarita, whisky sour and supreme espresso martini's that are made by the waiters at the main bar inside. The extensive list is completed with Veuve Clicqot Champagne, homemade sangria and regular house spirits. 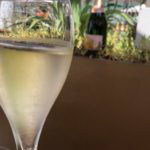 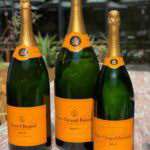 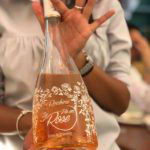 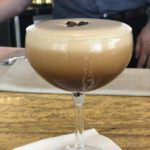 A decadent yet chilled out vibe, symbolized by the classical background music that was interlaced with touches of up-tempo drum n bass as we entered. The garden is the perfect place to chill in cooler months and the hidden bottles of Veuve set within the greenery of the garden, along with the stunning view of the burj through creates an overall feeling of "wow!"

They tried their level best to roll us out of the door 20kg heavier than when we entered. The unlimited oysters and sushi trolley that comes round mid meal add to their efforts, almost rendering all of the starters that come to the table slightly redundant. We would have been more than happy with a choice of just one, and caused far less wastage.

At 500 AED for the house beverage package, it is not one of Dubai's cheapest brunches, however you will be glad to know that you are not paying for the location alone. The quality of service and offering are in keeping with the tag. Not knowing Sean Connolly before our visit, we have since learned that he claims to be the "purveyor of damn fine food, locally sourced and created with love."

After our brunch at the opera, we would have to agree. 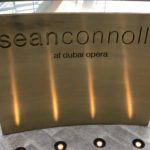 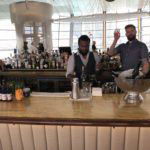 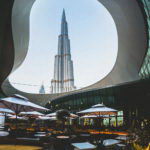 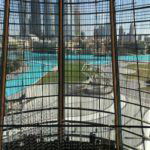