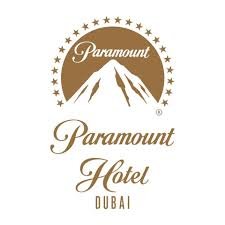 4 Overall
300-400 AED
American
Titanic, Mission Impossible, Indiana Jones, Gladiator, Grease, Captain America and The Godfather...just some of the epic Movie Titles produced under the Paramount Studios banner at the second oldest Studio in the states.

This brand New Brunch aims to bring you some of that on screen nostalgia through the sights, sounds and smells of classic Hollywood and Californian cuisine.
Featuring a state-of-the-art open kitchen and an impressively large grill, the theatrical Chefs can be seen sizzling wood-fired steaks and salmon, or pan frying large shrimps to accompany the seafood platter. Prior to choosing either that or the Butchers block of meaty deliciousness, sharing starters are served to the table featuring very “LA” health conscious selections of Californian Sushi rolls, Bao buns, oxtail croquettes and a light and fresh tomato gazpacho.