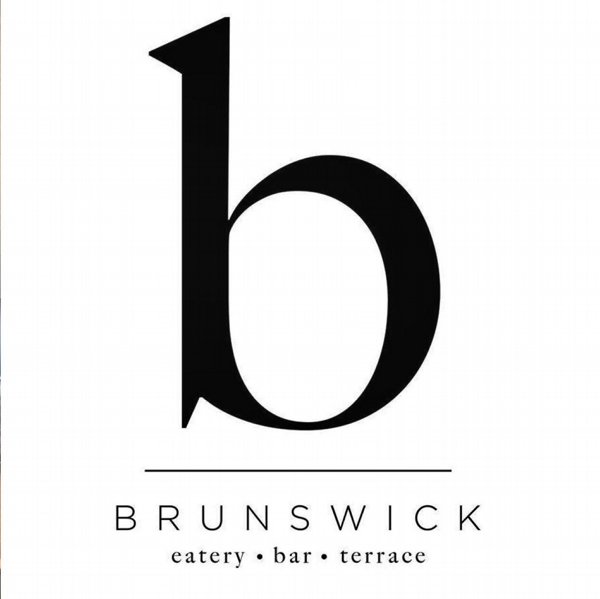 Charlie's Brunch at the Brunswick Eatery, Bar and Terrace

For a brunch that has only launched In the last 5 months, Charlie’s Brunch at the Brunswick Eatery, Bar and Terrace has amassed somewhat of a cult following in the “nudge nudge, wink, wink” circles of foodies within Dubai, such is the level of surprise with the quality of gastronomy on offer, with many still associating it with the pub fare of old. (The signage on the exterior also still reads Brunswick Sports Club.)

The brunch is based on the story of &#8216Charlie Lane’, an expat whom left Dubai on an exploration journey and after years abroad, returned back to Brunswick – his regular drinking hole, bringing with him stories from around the world. Each week the brunch menu evolves from the stamps collected in Charlie’s passport from the many countries he visited and the food and experiences he has eaten and resonated with during his travels.

The preamble we were given, is that the brunch, uses the Brunswick terrace as the meeting point, the eatery as the dining destination and the bar as the finishing point, and is supposed to immerses the guest in a story- telling journey that highlights dishes from around the world.

In reality, other than a short trip to the Oyster and latterly Cheese bar, we were pretty much stationary on the terrace, but that suited us just fine.

The first couple of courses arrive together. The Charcoal bread and butter with lumpfish roe, and Scallop Ceviche with apple & coriander are dishes to pick at whilst making your way back and forth between your seats and the Oyster bar, which had a variety to choose from, some infused with chilli oil as well as a fried oyster to choose from and if we are honest, were the only things we weren’t that keen on all day. For us, Oyster purists, plain, a bit of tabasco or a classic mignonette is all you really need. 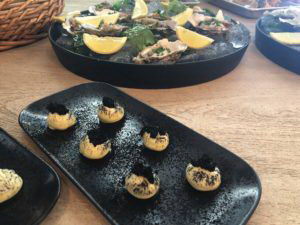 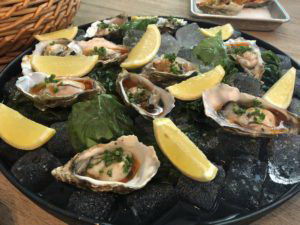 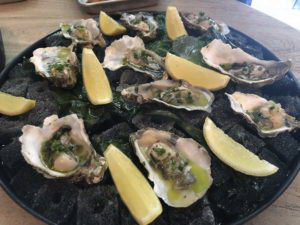 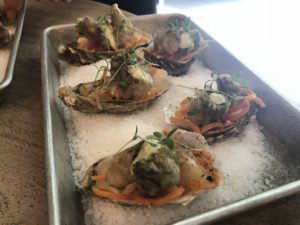 Course 3 was an unexpected star of the show, and note that we didn’t say THE star as there were many. However, the  Beetroots baked in salt, ash cream & tarragon oil were an unexpected orchestra of strong, meaty flavours balanced with the saltiness and the smoothness of the ash cream texture that just worked and completely took us by surprise, being a dish that we wouldn’t normally order on the menu based on description alsone. 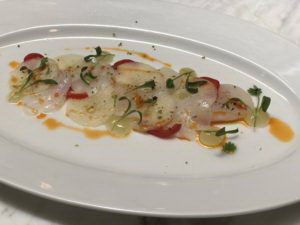 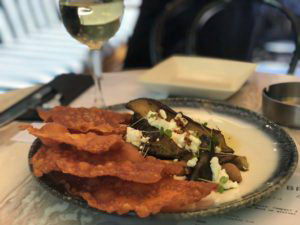 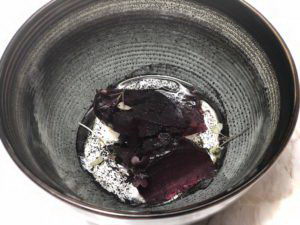 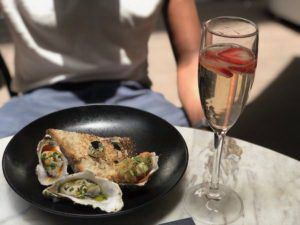 The beauty of this brunch is that it operates like a degustation menu in an upmarket brasserie, in that you get a substantial yet not overbearing sample of things that you wouldn’t necessarily order, but would certainly come back for. The same had to be said of the confit aubergine with feta (not parmesan as advertised) and fried flatbread crisps. The chefs seem well adept at balancing flavours, and the saltiness of the feta and mellow aubergine were no different. A strong first four courses and these were the ones we were least looking forward to out of the ten!