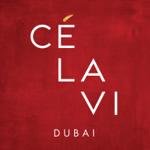 Brunch in a Minute ⏰: featuring Brunch on 54 at @celavidubai

From Taipei to Tokyo, Singapore (Marina Bay Sands) and now Dubai...CÉ LA VI is an interpretation of the popular French saying “This is Life” and it is the new hotspot in Dubai that has everyone (including HH Sheikh Mohammed) doing it #ForTheGram. @jasonderulo was also present on our particular visit and could be seen getting his selfie.

Climb up to the 54th floor at the Address Sky View hotel in Downtown Dubai with a set menu of contemporary Asian dishes that all make their way to your table.
The brunch starts off with seaweed focaccia and sourdough accompanied by European butter, oysters, sushi 🍣, a selection of dim sum dumplings 🥟 and a crispy kale 🥬 salad with a lime vinaigrette.

Main dishes are swerved in the form of a roasted New York stripin with rosemary and black pepper sauce, Thai Green curry with chicken, a pasta dish named Bucatini Chili Diablo which was laced with piping hot shrimp, cuttlefish and a spicy tomato sauce and finally a stir fried vegetable mix of baby bok Choi, broccoli and Shitake mushrooms.

Dessert was a bit of a non-event for us and the churros, ice cream and mixtes fruits Stayed largely untouched on the table as by the time dessert came around, the bingo drums, aerial performers and sparklers were out in force and we were transformed into party mode as the atmosphere took a palpable gear shift.

The new &#8216Brunch on 54’ takes place every Friday between 1pm and 4pm and comes in at Dhs495 per person, which is incredible value considering Veuve Clicqot, a rum trolly and a gin trolley are included in the price. The view is also included 😍. Born in Southeast Asia and inspired by the region’s creative legacy, CÉ LA VI’s DNA is deeply rooted in the artistic influences of the region’s art, carvings, paintings and temples. This is a classy party brunch with elevated viewpoints and a definate wow factor!!