Brunch Reviews | In Unspecified on January 31st, 2017
300-400 AED
Unspecified
An inauspicious start to proceedings as we were dropped off by a confused looking cabbie at one of the many entrances to the World Trade Centre and shuffled meekly inside the gaping expanse that is one of the quietest, most tranquil shopping malls we had ever set foot in. (think 8am at the MOE). With an eerie sense of quiet, we made our way through the concourse and couldn't help but feel over/underdressed as the few local families, children and shoppers we did see glared attentively at us two intrepid "brunchers" as if we were creatures from outer space. Reluctant to ask anyone for directions, but undeterred we marched on until we chanced upon the "Hub." A purpose-built tower of licensed eateries spanning the 4th, 5th and 6th floors in a similar style to Pier 7 in the Dubai Marina Mall, with BU !sitting proudly on the 4th floor.

BU! is unashamedly Latin-American. The Brunch or BU!RNCH as it is called (however difficult on the tongue) is an al fresco feast served outside on the extensive roof terrace and is designed to invoke the spirit of a South American street market with a combination of à la carte ordering and live cooking stations. 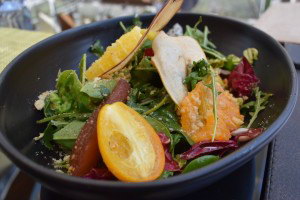 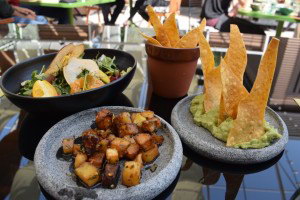 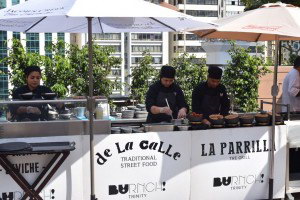 Botanas (small snacks) and a salad kicked off our meal, with the Papa Chimichurri, a moreish, spice infused rendition of the classic tapas dish "patatas bravas" stealing the plaudits. The Guacamole with Tortilla chips were simple and flavourful with a lovely hint of garlic, but we struggled with the Fresca salad which though pretty, contained more fruits than leaves and didn't mix well with the other two dishes.

Next entered the world of street cuisine as we designed our own ceviche's and tiraditos by selecting from a combination of proteins, sauces, and garnishes or from 3 chef's recommendations. Accompanying these cold dishes are soft tacos, a selection of arepas (corn pockets) and anticuchos (skewers) which are the dishes found on every street corner in Peru. Favourites included the Black Angus beef with panka and cumin, the shredded duck with tomato and onion and the Tuna, Ponzu & Habenero Ceviche. Packed with flavour, piquant and steadily growing in heat without overpowering the taste. 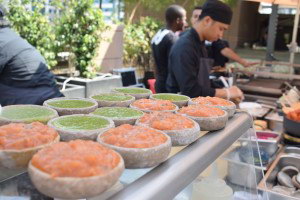 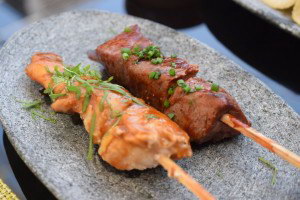 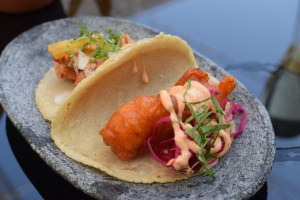 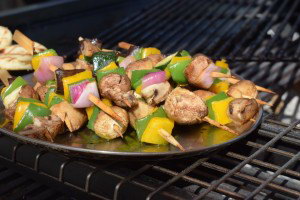 Careful not to over-indulge on the street food (De la Calle) we advised our waitress that we were ready for mains, and were thrilled to be presented with our very own table top grill (La Parilla )and a pre-cooked selection of tender Lamb Ribs, succulent Picanha steak, Chicken Breast and Veggies. Rather than overcook the meat, the grill served to provide an additional element of smoky flavour to the meats, as well as acting as a handy deterrent to any flies with any ideas of sharing our food. 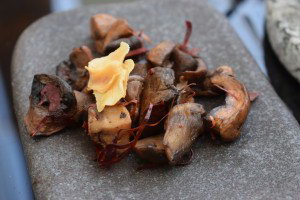 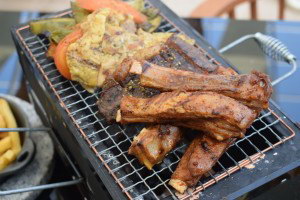 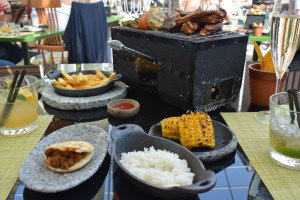 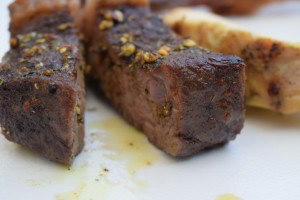 For postres (desserts) we received a beautifully presented mini selection of traditional Latin American sweets in the form of the cheese cake alfajor, fried arepas and their take on a pi&#241a colada with pineapple butter sauce,
Salted coconut ice cream and white chocolate dust. One word. Buenissimo! 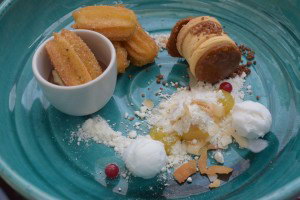 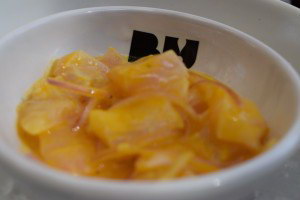 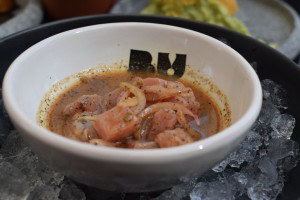 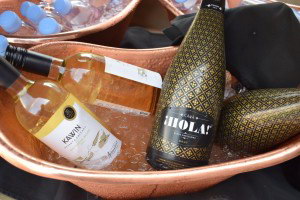 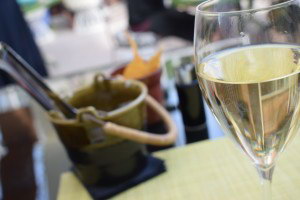 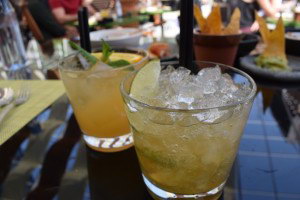 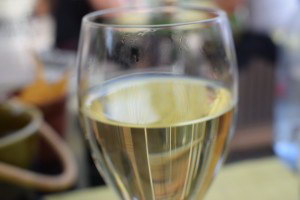 The 5 cocktails, a large selection by brunch standards and did not lack in ferocity, were the Mai Tai, Caipirinha, Cuba Libre, Margarita & Mojito. The 4 mocktail options to explore were the Lemon con Chia, Fresco, a virgin Mojito and a vergin Colada.
Finally, and what really sets the spirit selection apart from other brunches is the attention to detail in one particular area, with Bu offering both the 3yr and the 7yr old versions of Havanna, the original Cuban rum to really get you in the mood.